Just added to your cart

Put Me In Coach...I'm Ready to Play Today

There used to be a day, as the legend begins, that I could throw the seed for fire...but those memories are as faded now as my favorite pair of Levi 501's.

Nowadays, those memories are re-lived at the neighborhood ballpark here in Jupiter,Florida otherwise known as Roger Dean Stadium. Roger Dean is the Spring Training Home of the St. Louis Cardinals and the Florida Marlins; two major league franchises that have won a World Series in the last decade. 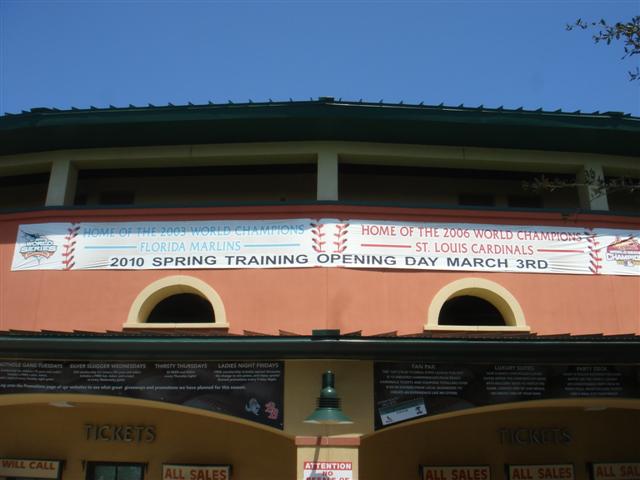 The ball park is tucked away in the neighborhood village of Abacoa, adjacent to Florida Atlantic University and Scripps Research Institute, just a hop, skip and a jump from our ocean-side home in the Bluffs.

In any event, unless you have actually attended a spring training game at such a venue and taken in the early spring "buzz" of "getting tuned up" for another turn at America's Game then the sensation will be hard for you to imagine, even for the truest of baseball bloods. It is kind of like being at the starting line of the Indy 500 when the call rings out, "Gentlemen, Start Your Engines."

The only other experience that I can compare it to was when I rode the "L" down to Wrigley Field, back on a beautiful Spring Day in the Windy City in 1993. I stopped outside the famous stadium, slammed a couple Chicago Dogs and downed an Old Style beer or two before bounding across street from the Cubby Bear and into the arena for the very first time like a baseball virgin...WOW what a rush! 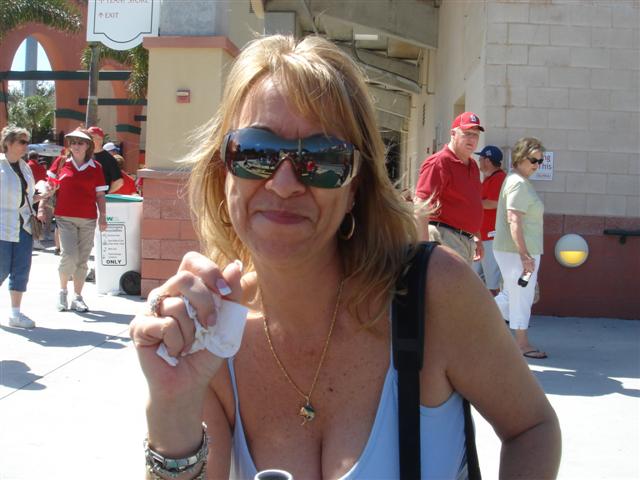 On this special occasion it was Bud Light, (my wife's favorite) and a couple of Nathan's Famous Dogs with yellow mustard, onions, relish and kraut.

We had great seats, just a few rows back from the Cardinal's dugout on the first base side. The weather was sunny and 75 with a slight breeze blowing out from right to left. 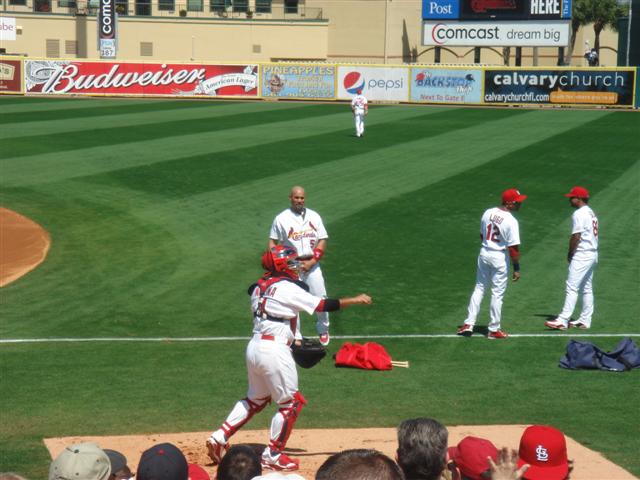 Future Hall of Famer Albert Pujols was getting loose down the first base line and 2005 Cy Young Award winning pitcher Chris Carpenter was breaking off a few major league curve balls in the bullpen to our right.

Before I knew it we were standing at attention for the National Anthem and then the home plate umpire yelled out "Play Ball." I felt like we were on a mission from GOD riding along side of John Belushi and Dan Akyrod. 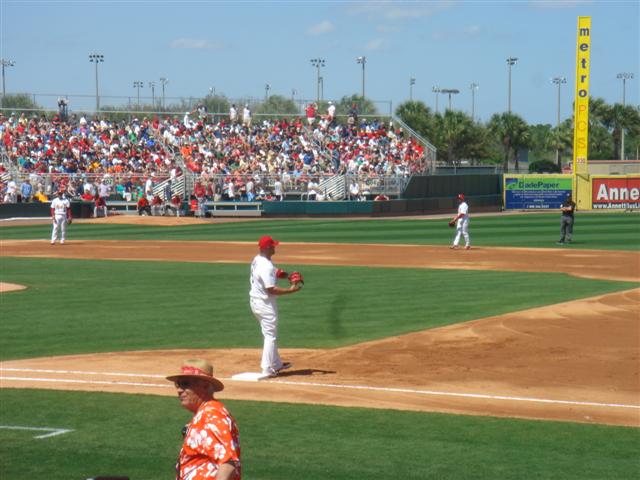 Carpenter trotted out to the mound and Pujols took first base. Each of them tossing warm ups to the catcher and the infielders respectively. The time was 1:05PM but in reality time was actually standing still as it does at the beginning of every baseball game regardless of Day Light Savings time or not. As far as I was concerned we had already sprung forward. 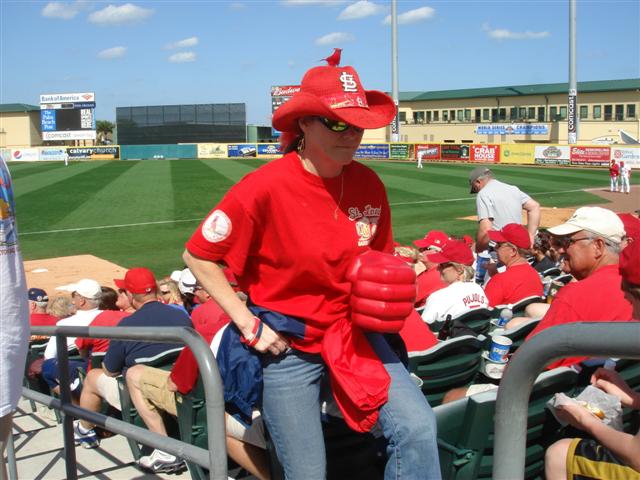 The Cardinals fans appear ready for another knockout season. They come every year like geese flying south for the winter to watch this year's version of the old 1934 Gas House Gang, led by 30 Game Winner Dizzy Dean. They faithfully drink their Budweiser Beer and hope for another World Series Championship.

In fact, as it turns out, the Cardinals have good reason to have hope in their souls each Spring since they have won more World Series (10) than any team in the National League and are second only to the Yankees (27)  in World Series Championships in Major League Baseball history.

Their future Hall of Fame Slugger Albert Pujols, gives them the main reason in my opinion to flock south for Spring Training and then back to Busch Stadium for the 162 game trek. The big first baseman could be one of the finest hitters to ever lace up the spikes and take the field. He takes a wide stance at the plate, hands high and back, head down tucked under the closed left shoulder.

A couple of years ago I stepped into Roger Dean one afternoon and quickly took a seat down the left field line just in time to see him hit a line drive home run. I could hear the hum of the leather clad, red stitched orb rising through the tropical air in front of me as it left the yard on the back of a rocket launcher from NASA, so it seemed. If you wanted to see where that home run landed under the royal palms, I'd recommend packing a sack lunch... 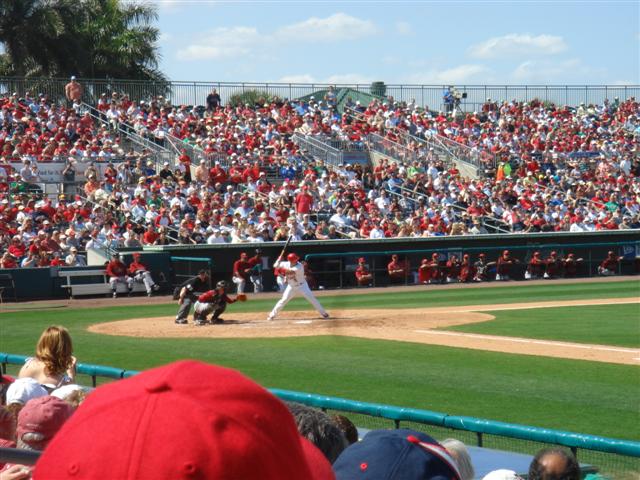 On this day, he had a single, RBI double, and a walk before leaving in the fifth. After Albert exited the game, we hung around for a couple of more innings and then decided to head over to the ArtFest by the Sea. 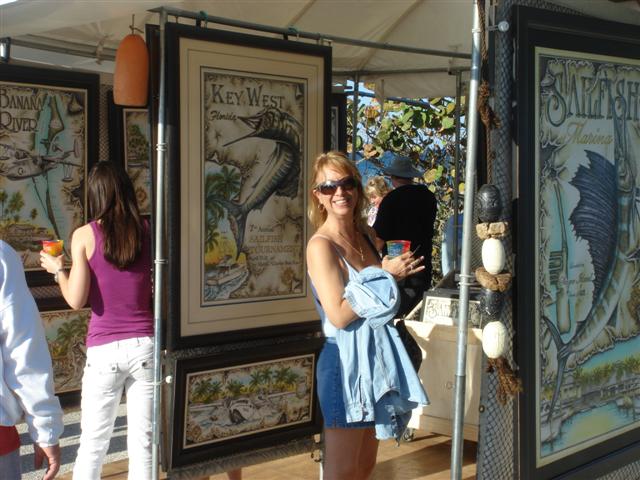 I commented to my lovely wife as we were leaving, "used to be I knew a few guys that I had played with or against, now I'm so old I don't know anybody but a few of the coaches and managers." On the field today as such were Tony LaRussa, Lou Brock and Dave Duncan. 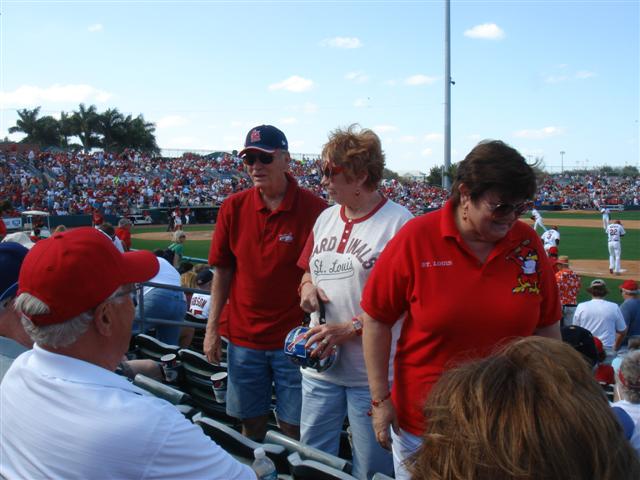 In the stadiums across South Florida today were the keepers of America's Greatest Pastime sitting alongside those with a field of dreams still beating in their hearts, waiting for their turn to take the stage. 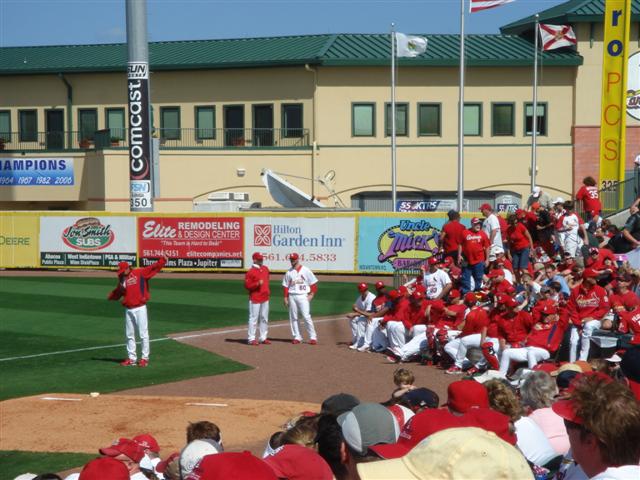